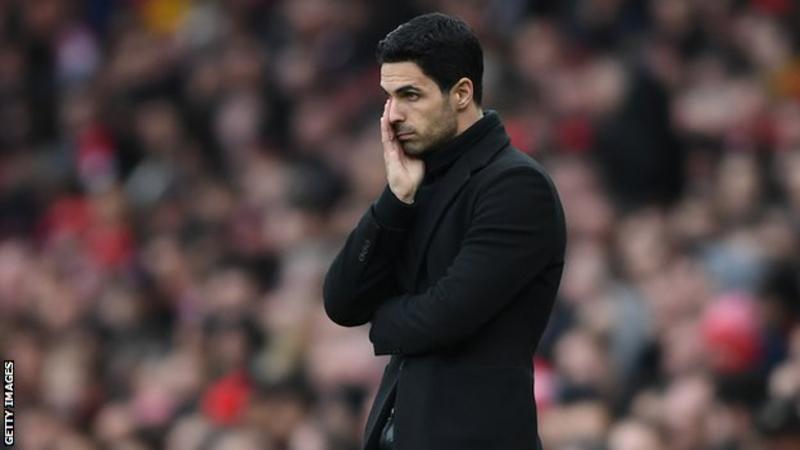 Spaniard Arteta, 37, became the first Premier League manager to test positive for the virus on 12 March.

He had reported feeling unwell after it was confirmed Evangelos Marinakis - the owner of Greek side Olympiakos, who played Arsenal in the Europa League in February - had coronavirus on 10 March.

Arteta said: "It took me three or four days to start feeling better, with more energy, to leave the symptoms behind."

Speaking to Spanish television channel La Sexta, he added: "I am very well now. I feel that I have recovered."

The Gunners' players were due to report for training on Tuesday, after completing 14 days' isolation following Arteta's diagnosis, but their return has been postponed.

"As a result of the current situation, we are clear it would be inappropriate and irresponsible to ask players to come back at this time," said the north London club in a statement. Therefore our men's first team, women and academy players are all remaining at home. Stay at home and save lives."

Speaking on Sunday, Arteta added: "I got a call from the board of directors after training while I was in my car and they told me the president of Olympiakos had tested positive, and everyone who had been in contact was at risk.

"I went on to tell them that I wasn't feeling well and that we had a situation because we had lots of players that had been in contact with them.

"We had a game against Manchester City the next day and obviously we couldn't put lots of people at risk without saying anything.

"Obviously all those who had been in contact with me had to go into quarantine, and consequently games had to be suspended."

Note: the following content is not moderated or vetted by the site owners at the time of submission. Comments are the responsibility of the poster. Disclaimer

I'm happy for him that he's OK, but probably in the minority, but to me, this is not Everton news.

Or Sign up as a ToffeeWeb Member — it's free, takes just a few minutes and will allow you to post your comments on articles and Talking Points submissions across the site.

Find out how to browse ad-free and support ToffeeWeb

Site performance is slow at times at the moment. Thanks for your patience. Server migration is underway but may take up to 2 weeks.